SAVE WEST RIVER:  The residents of West River are trying to stop development of this beautiful area that is used by so many on a daily basis. The land was taken away years ago by eminent domain and now they want to change its purpose. We want to hire an attorney to represent us and need your help.

The Pirate is really scratching his head here trying to figure out what Mike Madigan is thinking?  First, we are all aware you have reached out to all the West River residents and given them false hope that you can create an Option 4, when the State planners have given you three options to choose from.  The State Planners have already had Public Meetings and given everyone time to give opinions and with those meetings then spent resources and have come up with Option 1, 2 and 3.  Now, you are running around Town promoting an Option 4.  You even held a public meeting on supporting Option 4 last Tuesday and the State did not show up.

So the Pirate has a question for Mike Madigan.  Is your donation to hire a Lawyer, your admission that your Option 4 in not feasible as a credible choice and you think a lawyer is now necessary to STOP DEVELOPMENT of the Niagara River Greenway Commissions Bike Path?  I should have asked, did you do your homework on this issue first?

I did a little research as I always do before I write.  I see that someone thinks that because “eminent domain” was used to take the property and the use is being changed that West River residents have a legal position to hire a lawyer to STOP DEVELOPMENT.

Here’s what the Pirate has found out.  Eminent Domain in New York has an entire set of laws.  It is called Eminent Domain Procedure Law – EDP and can be found here CLICK HERE TO SEE THE EDP LAW.

When looking up what happens if a project doesn’t happen after land is taken by eminent domain, I found it is called Abandonment.  There is an entire section on it and it is called § 406. Abandonment CLICK HERE TO READ § 406

I also went a little further just to see if I could find some type of legal argument that could be made on a change of use.  I found this case law.  First, this Case is based on the land being taken by eminent domain and then deeded to a private company within the 10 years.  The case is a person who had their land taken bringing a lawsuit to get it back under the right of first refusal.  CLICK HERE TO READ

It appears if land is taken by eminent domain and it’s purpose is changed but it is still used for a public purpose it is allowable under Eminent Domain Law.

In the case of West River we are outside the 10 years and the change of use is for another public purpose so I can’t find a legal position to prevent the State doing anything with this land.  If fact, my research has come up with the fact that if the State wants to sell the land to a real estate developer to sell water front lots it could.  Further, there is nothing stopping them from doing just that.  So before you give your money to a lawyer who will gladly take it, do your own research first.

There is no way to avoid the massive pain undoing the damage the state did when it took the land from the original West River residents to build the parkway.  The state was wrong when it did that.  The parkway is a failure and has no traffic and has never been properly maintained and serviced.  Residents now after decades of maintaining that property, feel that they have some ownership in it.  They have built stairs, docks and decks on state land and now that the state is going to transfer it they feel wronged and are angry.  These issues are what is tearing town residents apart right now.  Mike Madigan seems to want to capitalize on that residents anger for his own political agenda.  Don’t forget, this is really Mary Cooke’s Bike Path, she created this monster by filing the original application for a grant with the Niagara Greenway Commission, see page 8.  CLICK HERE TO SEE.  What irks me is that Mike Madigan is trying to focus the West River residents anger on our new Supervisor, Nathan McMurry.  Madigan is trying to pave the way for the political return of Mary Cooke by turning West River residents on Nathan McMurray.  Think about that!  I just showed you who really started this mess, her name is printed on page 8.  You all want someone to be angry with, her name is printed right there in black and white, it’s Mary Cooke.

Just wait, I am sure Mary Cooke will show up at the ribbon cutting ceremony to take ownership of this project and get the photo op all while Mike Madigan deflected your anger at Nathan McMurray and did it to get you to re-elect Mary Cooke.  Dirty Politics!   Don’t fall for it.

It is sad to see neighbor against neighbor with this project.  Further, I don’t think anyone should give anyone false hope that they change anything or can influence the state.  Like, lets create Option 4.  Think about it, Mike Madigan is simply telling you what you want to hear, but did the State show up?  No, and he knew it.  He even got his minion Reg Schopp to promote his Option 4 on Isle De Grande.  Reg Schopp is pissed off at Nathan McMurray too.  He got his free ride of monthly money cut off when the new Supervisor got the Town a better and cheaper website provider.  Reg Schopp milked the town for 2 decades as its website provider.  Mary Cooke and Dick Crawford got the Town to pay Reg Schopp monthly for it’s website and then got to use his Newspaper as a propaganda site to promote their agenda and well as their Republican Party.  That’s why every is disgusted with Isle de Grande.  Remember last year when Reg Schopp took down Nathan McMurray political ad before the election.  That’s the reason the Pirate was created.  CLICK HERE TO READ.

I think the State is going to do what ever it chooses to do.  Recently, the entire Common Council in Buffalo voted against a State Project and the State went forward anyway.

1 Comment on "Mike Madigan donates money to sue NY State over West River? What are you thinking?" 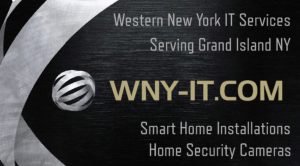